Capturing the romance of voyages in the exotic East

A distinguished travel writer once said, “A Grand Hotel is a Pandora’s box of sweet dreams.” Capturing this and so much more, the four Grand Hotel Suites at Raffles evoke all the romance of voyages to unknown lands. Each takes pride of place in the Main Building and features one or two bedrooms, a spacious living and dining area, a walk-in wardrobe and a private verandah. Guests residing here enjoy 24-hour check-in and check-out.

The Straits Settlement Suite is named to represent an important period of Singapore’s history, where Singapore, Penang and Malacca made up the Straits Settlement. The term, very much in use during the early years of Raffles, conjures up images of steamy jungles, rubber planters and rich tin mines. It also appeared in the writings of Joseph Conrad and Somerset Maugham.

Cathay was the name for China, introduced to Europe by the most legendary of all explorers, Marco Polo. Persian in origin, “Cathay” is derived from Khitan or Khitai, which refers to the Mongolian tribe that conquered northern China, and our Cathay Suite is adorned with intricate Chinese ornaments.

Malay for “field”, the Padang is a venue of great historical significance in Singapore, just a stone’s throw away from the hotel. It was the place where Sir Stamford Raffles signed the Singapore Treaty with Sultan Hussein Shah of Johor on 6 February 1819, marking the start of Singapore as a British colony, and the Padang Suite holds a precious piece of this important day.

Temasek is the ancient name for Singapore. In the Temasek Suite, Raffles pays tribute to the island’s distant and legendary past before the days of the Malacca Sultanate and the early European traders.

Named for the most illustrious personalities of the Raffles story, the pair of Presidential Suites are the grandest hotel suites…

Located in the Raffles Arcade, these five Residence Suites feature either one or two bedrooms and enjoy private access. Ideal… 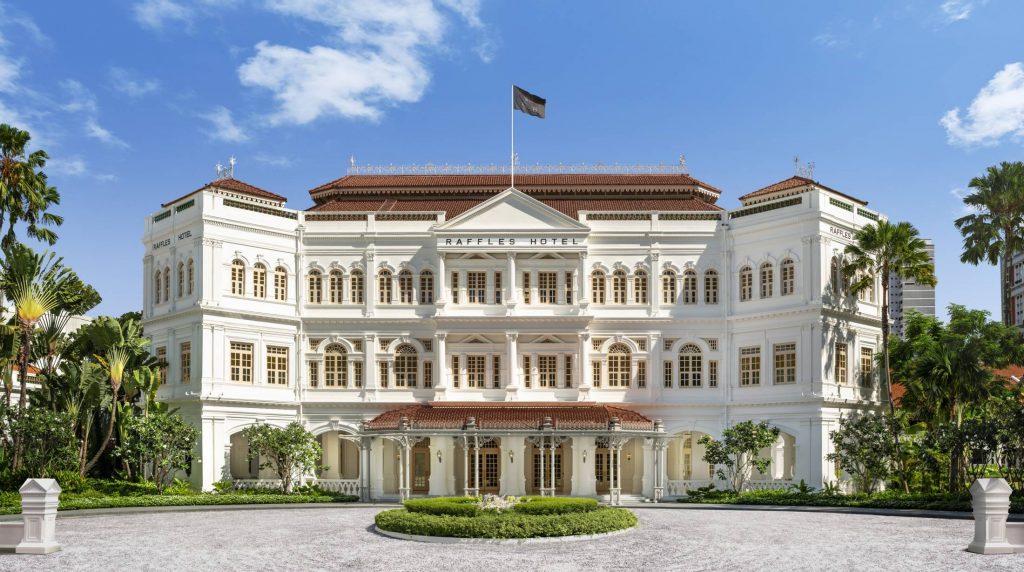